“Your Body is a Reflection of your Lifestyle” – Producer Mayur Gharat

A Pioneer in Mindfulness, Dr. Dale Borglum Interacts with Frontline Healthcare Practitioners on the Concept of ‘Conscious Grieving’

Platinum Days of Love Celebrates the Love that Leads to a Better Tomorrow, with a Collection of Exquisitely Crafted Love Bands 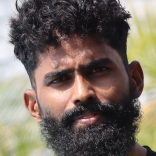 In a bid to memorialize the day when the 5th Dham at Siem Reap, Cambodia, that was set up for the first time to spread and proliferate the Indian cultural values, ethics and Sanatana Dharma. The 4th anniversary of the foundation day was celebrated over a virtual event on May 30, 2021.

The gala event started with Aarti (Vandana) performed by Swami Chidanand Saraswati, the president and spiritual head of the Parmarth Niketan Ashram, a spiritual institution based in Rishikesh, India. The event was organized to share the absolute experience of the spiritual passage and focus on raising the Fifth Dham, which is being established in Siem Reap, Cambodia with an estimated cost of over INR 500 crores. Once the site is developed, the religious venue will house a 180–ft. tall idol of Lord Shiva.

The Foundation Day was a spiritual journey into the teachings from the Vedas and Upanishads. As instilled in the preaching of ‘Sanatana Dharma; the way of life where the glory of Sanatana Dharma is beset with jewels from across the globe with a singular focus being the world is one with all faiths in their understanding and that progress is from the subtle to gross; from the ‘many‘ to the ‘One‘, from the low to the high, from the form to the formless. Sanatana Dharma differs from other walks of life, only in having a word of sympathy and promise for every sincere conviction, wherever and whatever it may be, as constituting a step in the great ascent to the highest human perfection.

‘Sanatana Dharma, implies a code of human conduct, a set of tenets have handed down from time immemorial. Seers and preachers of Sanatana Dharma have been providing discourses on a wide-ranging set of topics covered including the shastras and modern life, the Vedas, their content and purport, the sanskaras (purification ceremonies), dharma common to all and the duties specifically enjoined on people in the four stages of human life. Like the word ‘yoga occurring in the Bhagavad Gita, ‘dharma defies precise definition. It could mean ones duties linked to ones class and stage in life. Or it may refer to different areas of general human conduct, as for instance discipline, manners, management, and law. That one has to follow the ‘dharma prescribed for him and it is hazardous to tread on what is ordained for another is stressed in the Gita in two places.

Addressing on the foundation day, Shri Umesh Upadhyay, President and Media Director, Reliance Industries Limited quoted, “Sanatana Dharma based on spirituality and our cultural roots were disappearing from the society in these years. Whereas, the existence of Pancham Dham is the credence of the belief of people who still have faith in Sanatana Dharma, knows its importance and, the 4th foundation day of Pancham Dham is itself an example.”

“We have never been geopolitically oriented; rather we have always followed the rule of humanity and have been and will be working together to spread the word in the society with these initiatives,” added Shri Umesh.

The Pancham Dham initiative has acquired a significant place in the society with the support of prominent people like Shri Inderesh Kumar, one of the renowned RSS leader, Shri Shyam Parande, Shri Gopal Narayan Singh, Shri Shailesh Vats, Rahul Shah, and the Saints, Rishis, Gurus, Politicians, Bureaucrats, Diplomats, and various Indian Devotees. The founders behind the formation of Pancham Dham are at the forefront of promoting Sanatana Dharma through their initiatives across the globe and specifically by setting up the Pancham Dham (Fifth Dham) in Siem Reap, Cambodia.

Can’t Work on Past but We can Understand Our Future: Astrologer Ashutosh

I accept use of cookies
PRESS ESC TO CLOSE